It is time our industry reflected broader society 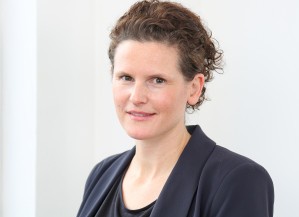 Following the General Election in May, our Parliament has never been more diverse. Nearly a third of our UK parliamentarians are now female, whilst the number of minority-ethnic MPs has more than doubled from five years ago.

This should be applauded. The major parties have long acknowledged that politics does not reflect the diversity in our society, but only recently have we begun to see the fruition of the work undertaken to address this problem.

A number of excellent schemes have been established in Westminster & Whitehall to tackle discrimination and under-representation head-on. The Speaker’s Parliamentary Placement Scheme tackles the culture of unpaid internships and helps to make access to – and experience of - Parliament more representative of the UK population.

Meanwhile the Civil Service Fast Stream – a scheme currently less representative than Oxbridge - has launched a Summer Diversity Internship Programme that seeks to boost the recruitment of those from under-represented groups.

Yet for those of us in an industry closely entwined with our political system, it is clear we have much work to do. Across the public affairs industry, senior leadership teams at many agencies continue to be dominated by the white and middle class. More broadly across the PR industry, only eight per cent of public relations practitioners identify themselves as being non-white according to the PRCA’s 2013 census. When you ask the same question to the UK population as a whole, the number doubles to nearly 20 per cent.

Why is there such a disparity between those two figures?

Awareness remains a key issue. According to the census from the PRCA, an understanding of the profession among minority ethnic communities is low. Communications, and public affairs in particular, is a fantastic sector that offers so much variety and intellectual challenge. Yet seemingly, there are countless talented students and young people out there who aren’t even considering it as a career.

Our approach at Whitehouse has always been about attracting, recruiting and retaining the best and brightest. If nothing else, our industry is losing out on an enormous amount of potential.

It’s in this spirit that we’ve relaunched our Diversity Work Experience Scheme for the second year. We’re inviting sixth form students in either Lambeth or Southwark to apply for a four week paid work experience placement. The proviso is that candidates must be from an ethnic background.

All applicants will go through a formal recruitment and interview process to demonstrate not only their aptitude but their passion for politics and ambition to inspire others.

Last year, an outstanding student from a school in Norwood joined our team for a month before returning to school for her last year before A-levels. She made a fantastic contribution to the team, and has subsequently secured five offers from leading universities to study politics. A true demonstration of the ability that exists within BME communities that our industry should be straining at the leash to tap.

It is important to emphasise our programme is not an industry first. The Taylor Bennett Foundation, which Whitehouse has worked with in recent years, has had enormous impact in encouraging BME graduates to pursue a career in our industry, whilst the PRCA diversity group continues to elevate the issue to greater salience across its membership.

However for some time we’ve wanted to do more. Having consulted at length with our HR team and lawyers, we hope to have developed a scheme that will encourage people who currently consider politics an unachievable career. It’s taken time, but we’re confident we’ve got it right.

I’d encourage you to think about whether you know pupils who might wish to apply for this scheme – but also what your organisations can do to promote diversity within our industry.

You can find more information about the scheme and our broader CSR work here.