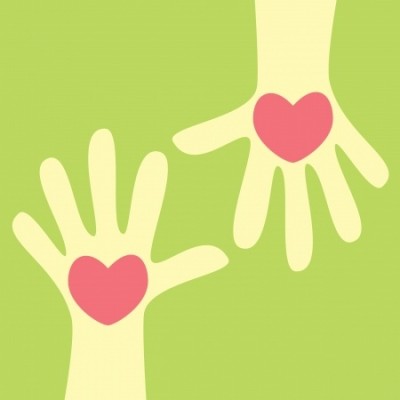 Communications leaders from McDonalds and Coca-Cola considered the opportunities and risks of brands taking on ‘social purpose’ campaigns last night, with Coca-Cola’s Head of Brand PR pointing out that such activities are now being handled at an individual brand level, not just by corporate comms.

Joan explained that part of her role includes finding social purpose activities for the many Coca-Cola brands, adding that while this has traditionally been handled by the corporate communications function, it is now also coming from an individual brand perspective.

She pointed to the recent Playground Initiative for Fanta in Germany: “It came from a societal gap. Children in Germany didn’t have enough playgrounds. Fanta helped to solve a problem and brought play parks to Germany. We used digital to help people to get involved. We’ve set up 100 Fanta play parks, which were not branded. It needs to come from the top, but the whole power of communications is needed to bring that to the consumer.”

She added that PR agencies can support social purpose activities by “bringing creativity to the issue”.

“It’s not about a CSR programme. It’s about having a point of view and standing for something. Really trying to give them [the public] something to think about,” she said.

Ruth pointed out that there is a risk associated with social purpose campaigns. “With the advent of real time marketing, brands want to be part of the conversation. That means being absolutely water-tight with the messaging, but of course there’s a risk. The public won’t stand for brands jumping on the bandwagon.”

Nick advised on pointers to bear in mind if considering embarking on a social purpose: “It’s got to come from the top. It’s got to come from the values of the business. The critical measure of this is if it is authentic or it isn’t. If it’s not, then it won’t deliver the long term returns that it’s capable of doing. It might have the opposite effect. Any brand is going to have its motives questioned.”

He added: “If you’re going to go down this road, it’s important that you understand at a very deep level what the employees think about it. Love starts at home. If you don’t get people in your organisation excited, it will never work.”

Chris agreed, pointing out that “social purpose transcends what CSR can be. I see social purpose as a strategy, and CSR as a tactic”. He outlined the agency’s recent campaign for Fairtrade, and suggested that such campaigns should focus on inspiring individuals, such as the campaign’s Foncho.

Giles pointed out that many successful brands – such as Marlboro – do not have any need for a social purpose, but added: “You’re more likely to be more successful if you’re known to be progressing at the same speed as society”. He added: “It’s really difficult finding a social purpose in some brands. Try and find it but it’s not always possible.”

He called on brands to bring the social and the commercial together in their communications. “often when a brand does social purpose communications, it feels like NGO comms. Don’t forget commerciality – its got to bring in both.”

“Don’t rush into the communications. Build it up in time. It’s important to get to the core of what the business does rather than the bits that sit around the edges.”

Who we are: Founded in 1969, the PRCA is the largest PR association in Europe, representing 12,000 people in agencies, in-house communications teams, and individuals. The PRCA promotes all aspects of public relations and internal communications work, helping teams and individuals maximise the value they deliver to clients and organisations.

What we do: The Association exists to raise standards in PR and communications, providing members with industry data, facilitating the sharing of communications best practice and creating networking opportunities.

How we do it and make a difference: All PRCA members are bound by a professional charter and codes of conduct, and benefit from exceptional training. The Association also works for the greater benefit of the industry, sharing best practice and lobbying on the industry's behalf e.g. fighting the NLA's digital licence.

Who we represent: The PRCA represents many of the major consultancies in the UK, and currently has more than 350 agency members from around the world, including the majority of the top 150 UK consultancies. We also represent over 150 in-house communications teams from multinationals, UK charities and leading UK public sector organisations.