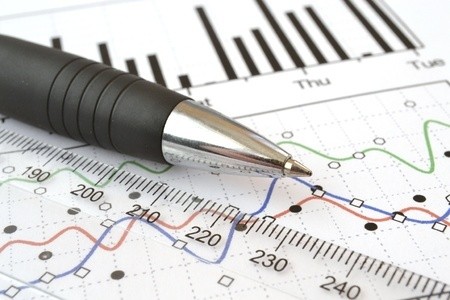 The Public Relations Consultants Association (PRCA) has revealed the findings of its Digital PR Report 2015, with insights across the following key areas:

The third annual PRCA Digital Report, produced in partnership with YouGov, provides a benchmark of how the PR industry is performing with digital communications.

To view the report, a Powerpoint presentation and other materials, please click here.

When asked why their brands are on social media, in-house leaders surveyed are now far less likely than ever to point to negative reasons such as being attacked on social media (6%) and responding to disgruntled employees (4%); while the biggest reasons are for general marketing purposes (94%), speeding awareness of what they do (67%), and as a customer service platform (56%).

Now more than ever, in-house teams surveyed see themselves as the owners of digital/social media strategy and execution, with agencies providing supporting roles. This raises some important questions about the role of the PR agency in digital, going forward.

The mean percentage of marketing budgets spent on digital/ social media remains at 16%, the same as last year. Despite this, most (64%) expect their digital budget to grow in the next 12 months. Around 9% on average of any additional marketing investment is spent on social / digital, roughly equitable with last year, which was 11%.

Meanwhile, investment in Search Engine Optimisation has dropped year-on-year from 67% in 2013, to 53% in 2015. Over the last two years, there has also been a significant and sustained reduction in marketing budget being spent on web design and build which is down by 24% (79% in 2013 and 55% in 2015). Both offerings appear to have become less of a standalone requirement.

Agencies and how they’re being used

In the past year in particular, we have seen huge growth in in-house PR departments expecting PR agencies to be able to deliver many digital service areas, with the biggest growth in expectation around SEO (20% growth); blogger outreach (18% growth); online advertising/PPC (14% growth); and online reputation management (14%).

Combined with the news above that there has been a drop in in-house investment in web design and build (from 64% in 2014 to 55% in 2015) it may be inferred that this service is now far more likely to be bought in combination with PR services, and also tends to be less costly than in previous years.

There has been some small growth in digital services as a percentage of PR agency revenue over the past year: 22.1% to 22.9%.

Over the last year, in-house teams surveyed have seen the biggest growth in use of LinkedIn (14% growth) and blogs (9% growth). 77% expect to use LinkedIn in the coming year, while 73% expect to use Instagram.

For agencies, the leading campaign platforms over the past year are Twitter (98%); LinkedIn (89%) and blogs (86%), while it is interesting to note that Facebook use is somewhat lower at 77%.

Agencies expect LinkedIn to be the leading platform in the coming year, with 93% of them expecting to use it for the company’s digital PR activity.

We have seen huge growth in the use of standalone in-house social media teams overseeing platform management, with particular growth in them taking over LinkedIn which may be from the PR/communications department (17% growth over two years).

The majority (52%) of content production remains in the hands of in-house comms teams in organisations that use social media, but 24% of this now sits with the social media team.

In-house comms staffers surveyed remain marginally more confident that they can measure the ROI of traditional PR activities (72%) than they are for digital/social (67%); with the greatest degree of confidence in digital PR is around measuring ROI around Facebook campaigns (67%), and the least around LinkedIn (36%).

When asked to rate their top three, the majority of in-house comms people gain most of their social media education and insight from expert blogs (52%), although there is 12% growth in use of expert white papers since last year (From 17% to 29%). When asked which three things they need more education in, the biggest percentage of in-house comms people need more education/insight around blogger outreach (36%), while need for professional development around online advertising and PPC has grown by the most (7%) to (20% Vs. 13%).

For agency people, when asked about their three top sources for social media education, expert blogs are also the most popular, at 76%. There has been a drop in event-based training: conferences and events have dropped by 6% to 41%; and seminars and roundtables have dropped in rating by 16% to 27%. Half of agency people require more education/insight around SEO (50%).

For 35% of agency staff, training in digital/social remains to be a small amount of their overall training, only around 25%.

Danny Whatmough CMPRCA, Head of Social, EMEA, Weber Shandwick, and Chairman of the PRCA Digital Group, said: “Brands are continuing to evolve in their handling of digital communications, with more expectation being heaped on their PR agencies to deliver a broad range of activities from blogger outreach to web design and build.

“There’s an interesting debate to be had around the longer term role of PR agencies working alongside in-house teams that continue to strengthen their digital skills. And the issue of training continues to be an issue for many who need to improve their skills.”

Who we are: Founded in 1969, the PRCA is the largest PR association in Europe, representing 18,000 people in agencies, in-house communications teams, and individuals. The PRCA promotes all aspects of public relations and internal communications work, helping teams and individuals maximise the value they deliver to clients and organisations.

What we do: The Association exists to raise standards in PR and communications, providing members with industry data, facilitating the sharing of communications best practice and creating networking opportunities.

How we do it and make a difference: All PRCA members are bound by a professional charter and codes of conduct, and benefit from exceptional training. The Association also works for the greater benefit of the industry, sharing best practice and lobbying on the industry's behalf e.g. fighting the NLA's digital licence.

Who we represent: The PRCA represents many of the major consultancies in the UK, and currently has more than 350 agency members from around the world, including the majority of the top 150 UK consultancies. We also represent over 250 in-house communications teams from multinationals, UK charities and leading UK public sector organisations.