Ten Questions The Electoral Commission Must Answer About The Lobbying Act 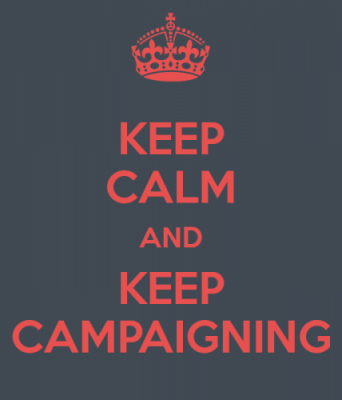 With just weeks to go until regulations for non-party campaigners during the 2015 General Election come into force, there are still fundamental questions that remain unanswered about the impact of the Lobbying Act on PRs.

While the general advice to the sector is to keep calm and keep campaigning, the PRCA Not-For-Profit and Charity Group has today written to the Electoral Commission with ten key questions they must address:

Definition of what is covered

1. If one political party (or group of candidates, etc) publicly supports an apolitical campaign following its launch, does this fact make the campaign subject to the Act from that point forward? And is this support ever considered to have ended or lapsed?

2. If you are a charity spending government money on service delivery (e.g. via direct grant or contract) and this requires public awareness campaigning on related-issues, would this be covered?

3. If any restrictions imposed by the Act lead to a breach of a pre-existing contract for not delivering on agreed targets (either by a supplier working with an organisation or an organisation with a contract with government), how should the organisation deal with this?

4. Do spending limits cover activity carried out by staff where the only cost is their salary and where working on the campaign is a proportion of their role (e.g. time of spokespeople, such as a chief executive, conducting media interviews) If so, how would this be calculated?

5. How should overtime and pro-bono support / secondments from suppliers be calculated and reported?

6. Do PR agencies need to register, or are they covered by their client(s) registration(s)?

7. Is time spent training volunteers and providing them with skills to campaign covered?

Complying with the regulations

8. How detailed will the breakdowns need to be? i.e. should we count for in-house printing/copying, posting content on-line (including a share of broadband connection, etc), time spent sending a tweet?

9. Is there any allowance for commercial confidentiality in the reporting?

10. If the organisation has a retained marketing agency / suppliers working across campaign and non-campaign activity, how should this be broken down in reports?

The PRCA has asked the Commission to respond by the 19th August to enable in-house teams, agencies and freelancers adequate time to prepare prior to regulations coming into force. The Commission’s response will be shared as soon as possible.

Simon Francis is Director at Claremont and Vice-Chair of the PRCA’s Not-for-profit and Charity Group.